2022: The Year of the Quinta–From Slow Burn to Roaring Fire 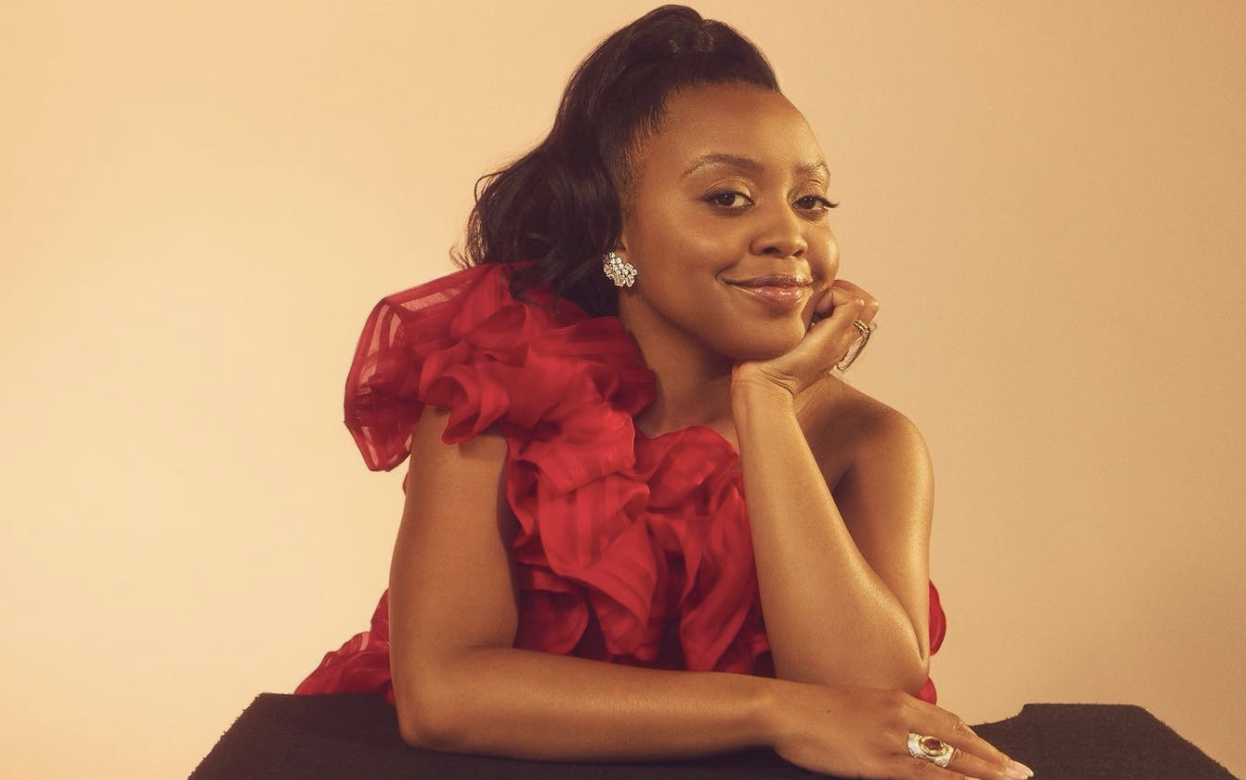 2022 was the year of the Tiger, but in Hollywood it could easily be swapped out as the Year of the Quinta Brunson. The writer/producer/actress/comedic star officially made herself a household name this year after the debut of her Emmy winning comedy Abbot Elementary. In May 2022 she was named Times 100 Most Influential People of 2022, in August, Brunson signed a multi-year overall deal with Warner Bros. Studios, and in September she won an Emmy for Outstanding Writing For a Comedy Series for the show, making her the first black woman to win that award solo.

There’s been much to celebrate on Quinta’s zany road to stardom–and so much more to come!–but in the meantime, let’s take a look at what was. To the very beginning…. 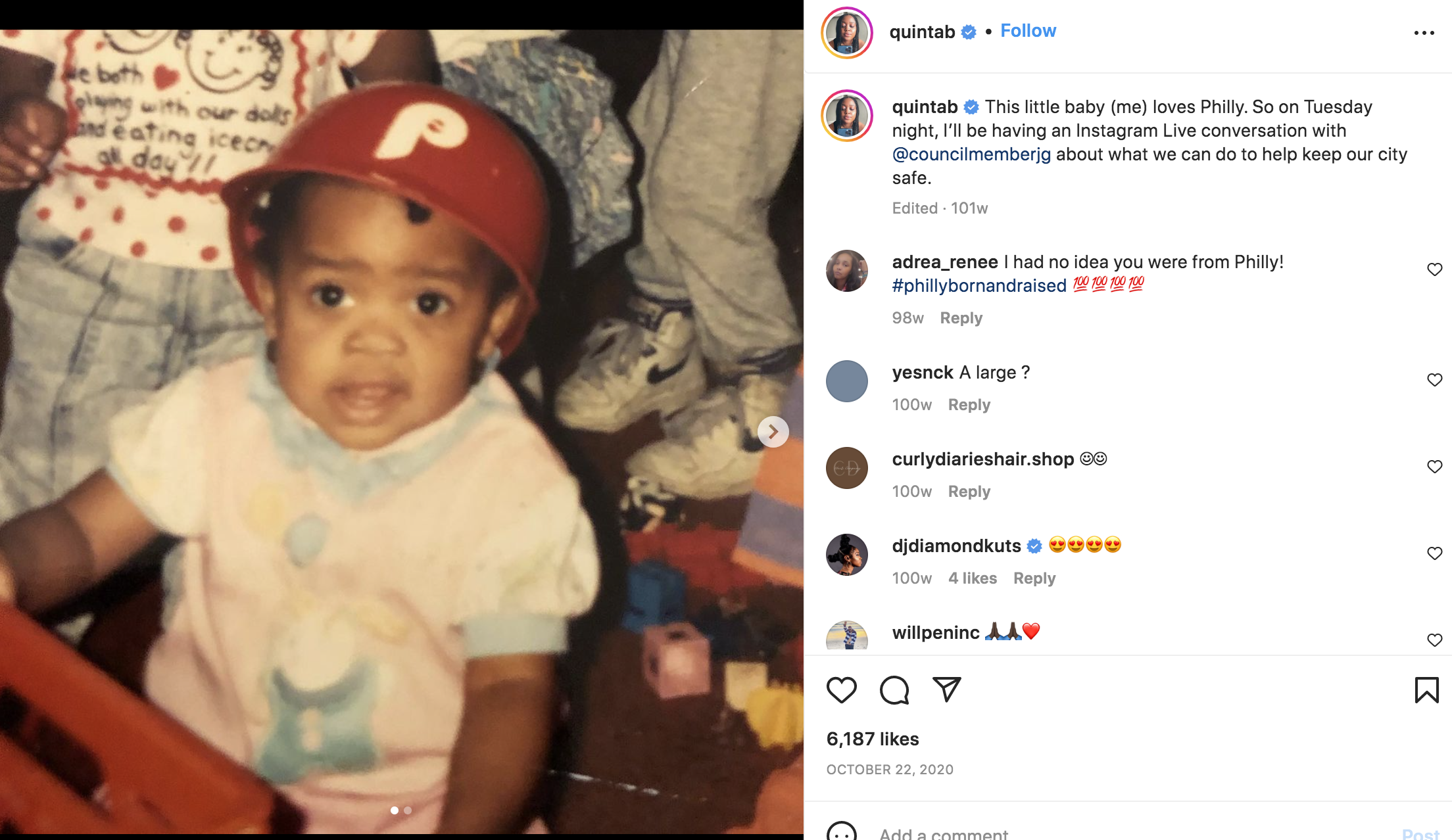 Quinta’s name is a play on the word ‘quin,’ and symbolizes her place in her sibling birth order. | Photo from @QuintaB

In West Philadelphia, born and raised, Quinta grew up as a Jehovah’s Witness as the youngest of 5 siblings that included a twin sister.

As a high schooler, she became obsessed over comedy television, and would use her free time by signing up for improv and screenwriting classes. She was a prodigious creative, and the pull to pursue her passion bubbled over into her every waking moment. She couldn’t wait. After graduation, she briefly attended Temple University, but dropped out because well…because she’s Quinta frigin’ Brunson and stardom was calling her name… 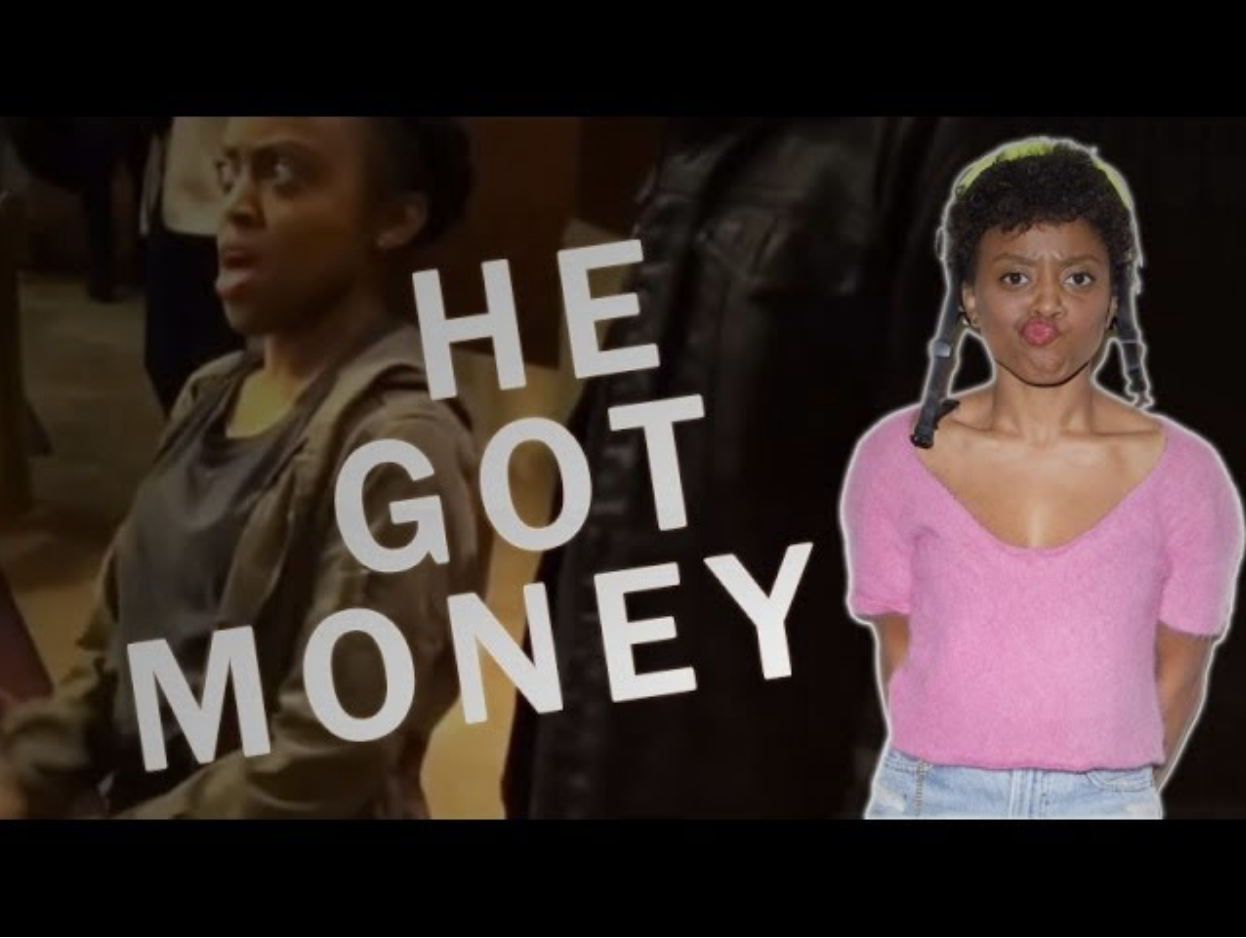 An immediate home run hitter, Quinta’s ‘He Got Money Clip’ is one of her most know viral videos with over 1 million views. | Photo from BuzzFeed

In 2014, Quinta’s Instagram series Girl Who Has Never Been on a Nice Date series was accumulating millions of views and growing her digital fanbase by the thousands. She was an internet success, but in real life, things were much different. She was young and while the notoriety paid some of the bills, it wasn’t enough to live off of. Admittedly, in a recent BuzzFeed interview, Quinta divulged that she partially joined because she was young and spent her money on ‘too many crab feed dinners.’

Back then the Instagram/YouTube content creation era had just been ushered in, the concept of ‘going viral’ was relatively new, and there were no proven blueprints on how to leverage those opportunities like we do today.

Quinta faced the existential crisis that every creator chasing their dream must face (cue the horror music): getting a job…yes like a real 9 to 5.

Quinta takes over BuzzFeed the Internet 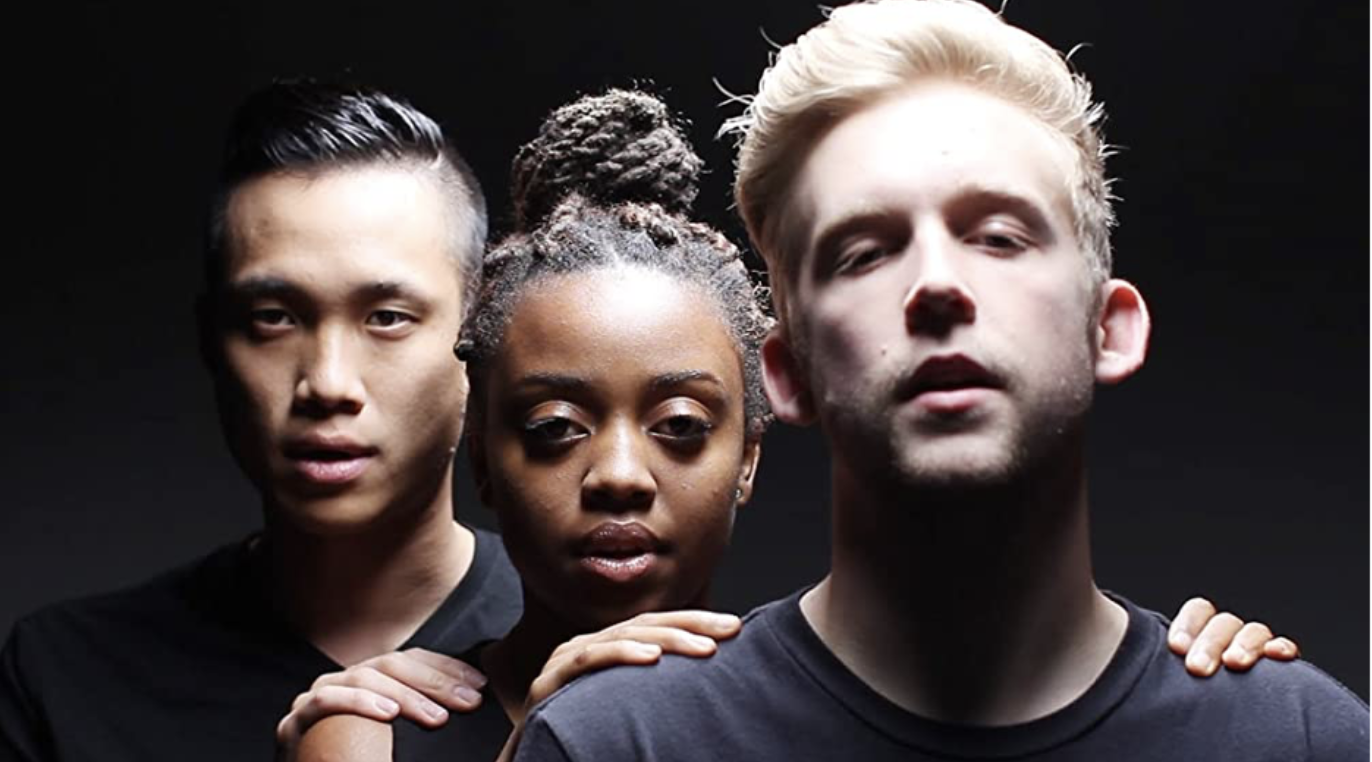 At Buzzfeed, Quinta formed 1/3rd of the dynamic trio that featured actors Justin Tan and Zack Evans | Photo from BuzzFeed

Funny, zany ,and full of heart, Brunson’s Instagram series Girl Who Has Never Been on a Nice Date opened the door for her to produce and act for BuzzFeed Video. Her content explored topics like interracial dating, millennial depression, seeing your ex in public, and taking road trips with friends.

Quinta’s nose for eliciting universal laughter elevated her from aspiring content creator to a screenwriting juggernaut. Thanks to the creative freedom that BuzzFeed allotted her, Quinta’s talent flourished and soared. She gained clarity on her gifts, stepping away from content that revolved around solely about her personality, and ventured into the creation of fully realized worlds that invited viewers of all race, religion and creed with characters that they could all connect with.

Quinta’s time was a moment you had to be there for, because honestly, she was buzzfeed, and when she left it was never the same.

Things change, people change, and Quinta was no different. It was time to move on…

To Bigger and Better Things…

Published in 2021, She Memes Well is a laugh-out-loud page turner that examines her rise to internet prominence through personal essays of triumph and strife.

Quinta was a new age test to see if Black people could garner views when the main cast is predominantly Black.  She created the show Broke–a series that followed three friends in Los Angeles who were…well I’ll let you guess–and in typical Quinta fashion it was a homerun. Broke selling to YouTubeRED, Quinta’s performance was nominated for Best Acting in a Comedy at the Streamy Awards in 2017.

In 2019, she made her career a family affair by appearing as Dr. Charli Collier with her twin sister, Laila, on the supernatural comedy-drama series iZombie. She went on to voice for animated series like Lazor Wulf and Big Mouth, and in 2021 she debuted her book She Meme’s Well, got married, and introduced her recently picked up ABC show,  Abbott Elementary. 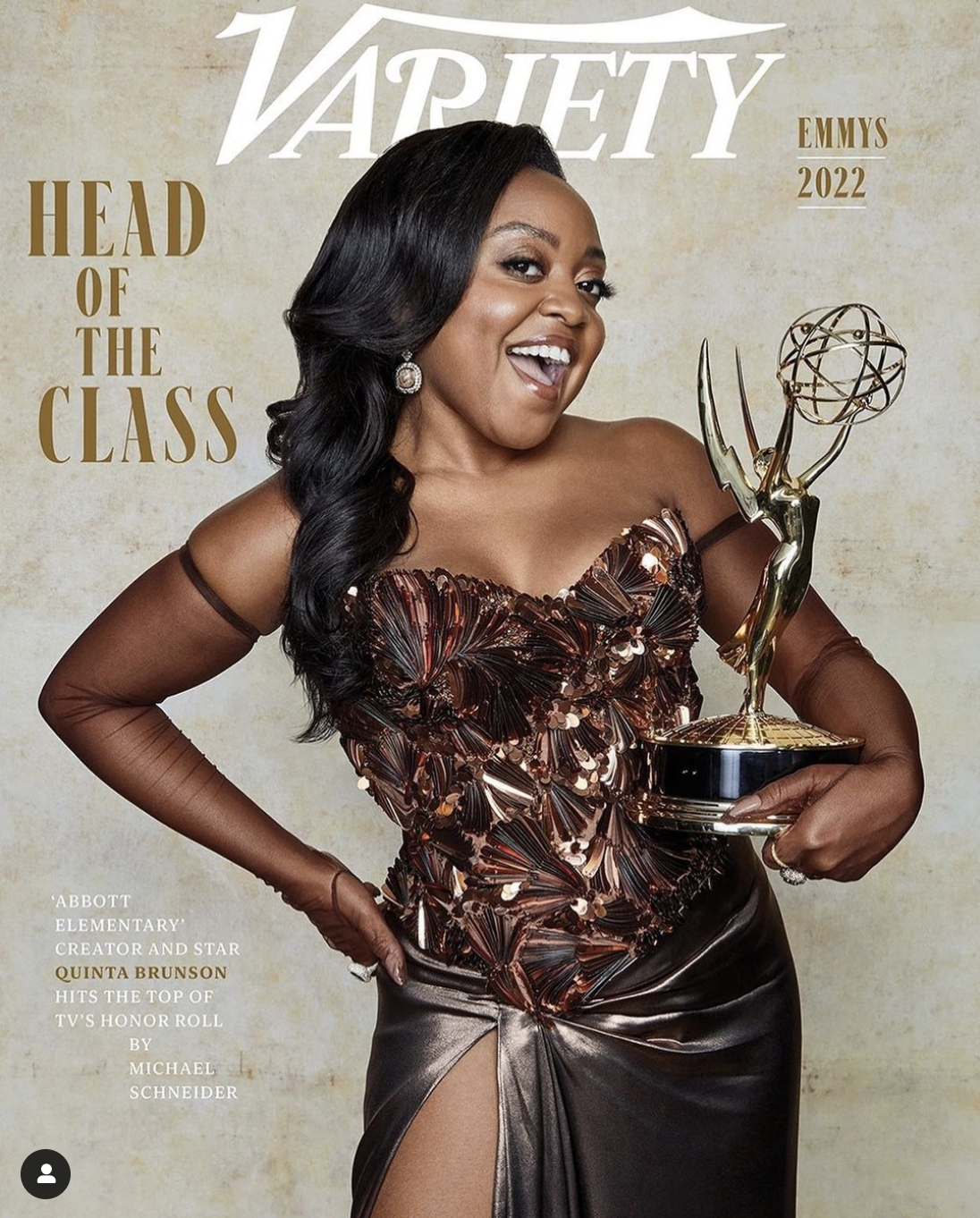 Quinta Brunson carved her own lane and made sure to make it wide enough for other creators to follow. A sharp quirky millennial with an unexpected tang of anxiety-riddled dark humor, she makes it okay to be yourself. She makes it okay to be dorky. She’s focused and motivated and not stopping for anybody. Just watch her Emmy award speech and you’ll find Quinta always looking forward and never worrying about what’s behind. 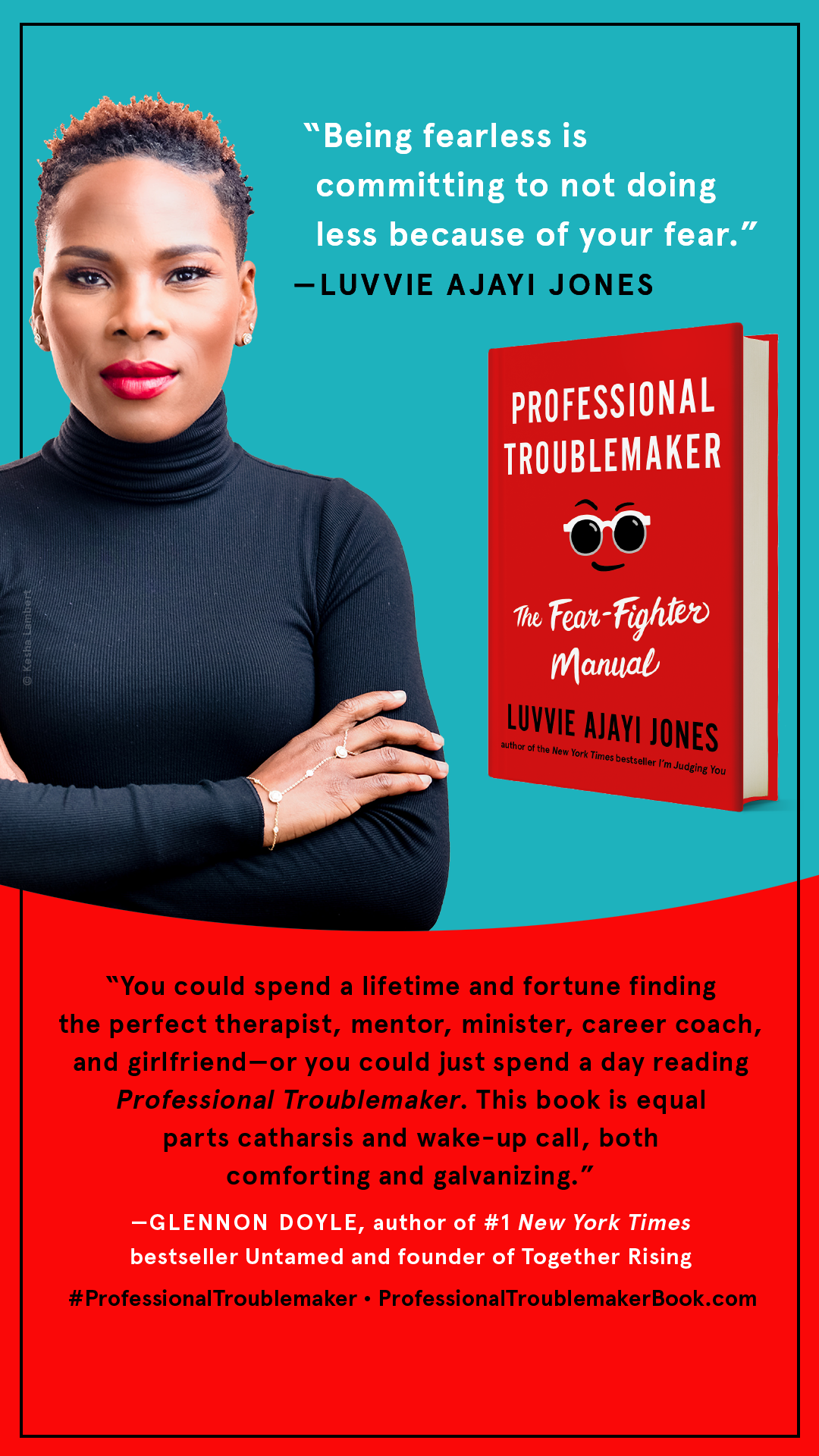 "A lovable cynic...and the tallest meanest nice guy you'll ever meet."t’s hard to see it from his...