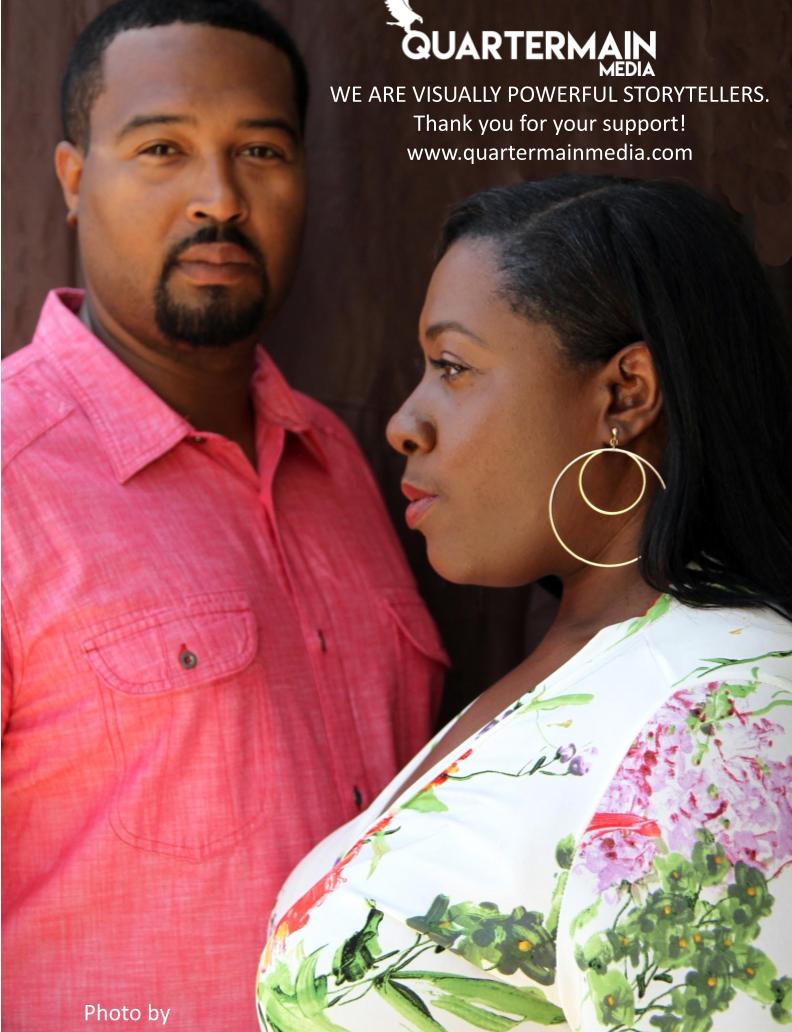 It was on my 5th consecutive day of bingeing Netflix that I completed Schitt’s Creek. I fell completely in love with the show’s witty sarcasm and I especially related to the fictional dramatic perspectives hurled by the Moira Rose character played by Catherine O’Hara. I am a Los Angeles native whose scheduled trip to visit my in-laws in Mississippi turned into being quarantined in the rural backwoods of the deep south. I was surrounded by nature with the closest neighbors about 5 acres away. My husband and Quartermain Media CEO, James Woods, Jr., was able to quickly transition back to his home state, literally. He ordered a chainsaw, a weedwacker, new boots, and took on a new persona of Farmer James within about 48-hours of realizing we would not be returning to Los Angeles anytime soon. The sounds of nature and peace of the backwoods are definitely soothing to the soul. They are simple reminders about this thing called life. Thankfully, we were safe, we were healthy, our families were good, we even landed new business while working remotely, but somehow my spirit was unsettled. Part of it was having to admit all of the hurt, trials, and tribulations that I experienced in 2019 seemed to pale in comparison to the film production industry coming to a screeching halt. Our company was so close to receiving green lights from networks that saw our potential and desire to expand beyond branded content to create broadcast worthy commercials, television, and film. At the top of March 2020, the finish line was in sight. Only two weeks later, by mid-March, there was a call to quarantine. For days I would cook and hum Whitney Houston’s Didn’t We Almost Have It all. I knew we’d have to switch gears so we began learning about remote video production in order to remix our Quartermain Media offerings. As we checked in on past and current clients I longed for the opportunity to experience the joys I associated with production.  I wanted the type of joy I saw in Farmer James’ face when he barreled his chainsaw through a hefty chunk of wood wearing his Ole Miss T-shirt and yelling out for all the trees to hear, “Yeah Baby!”

The inevitability of my crochet braids needing to be removed came quickly and prompted immediate action. I ordered some natural hair clip-ins. I was determined to get moving, so I set out with my mask and gloves driving into town to the only CVS for 25 miles and purchased toilet paper, hair gel, hair creamy curling stuff I’d never tried before, mascara, and sparkling fuschia fingernail polish. It wasn’t until I stood in my superwoman pose, holding it for 30-seconds while wearing a hot pink shirt to match my nails that a bit of confidence in myself began to emerge. I stood there, a writer/producer specializing in branded content for YouTube and social media audiences targeting African-Americans who were quarantined in the country of Mississippi. I became evermore determined and pandemic be damned, that I was going to find my joy writing, producing, and creating. I switched up my bingeing routine and immersed myself in the social media work of influencers and creators whom I’d worked with or wanted to work with. They were all still cranking out content with a familiar return to how it all began, raw, in their bedrooms, but now with Ring lighting. Then, the news about the passing of Earl Graves Sr., founder and publisher for Black Enterprise Magazine hit. Knowing about the origins of the magazine and this man led me to explore the lives of other black-owned publishers and editors who paved the way at Jet, Ebony, Essence, and Vibe. I even re-watched the fictional journey of Queen Latifah as Kadijah James and her Flavor Magazine from the 90’s hit show Living Single. All had humble beginnings, starting with almost nothing except brilliant ideas, tenacity, audacity, and the ability to tap into established relationships. They masterfully merged writing, creativity, and print production but also expressed black pride while educating the masses about our achievements and providing an avenue for advertisers to reach African American consumers. Maybe I could produce a magazine to feature Black influencers and culturally-relevant social media conversations. I wrote it all down. I pitched it to James and despite the worry of me being drawn into a black hole, James could see absolute joy and excitement all over my face.

The science of black holes has always been fascinating to me. They are formed when the center of a very massive star collapses on itself. It is still categorized as a star.  Livescience.com states that Einstein’s general theory of relativity says that “you approach the speed of light as you fall into the black hole. So the faster you move through space, the slower you move through time. If you’re able to look forward toward the black hole, you see every object that has fallen into it in the past. And then if you look backwards, you’ll be able to see everything that will ever fall into the black hole behind you.” Can you imagine?

After making my first call to B. Scott and him agreeing without hesitation, I knew it was time to Cue The Culture. Writing, producing, creating this first issue has not been easy but it has allowed me to experience unimaginably great joy. The impact has had a rippling effect on the lives of every writer and creative associate who helped make this idea a reality. We intentionally fell into this black hole, together. We approached our deadlines at the speed of light, looking backward to honor tradition and looking forward to acknowledging afrofuturism. I hope you will be encouraged by my story of starting something new, be inspired by the stories chronicling Black social media influencers, and be intentional about your own exploration to find your joy.  From all of us at Quartermain Media we want to thank you for your willingness to fall into this black hole. There is so much more we have in store. It begins with Issue One: Genesis. 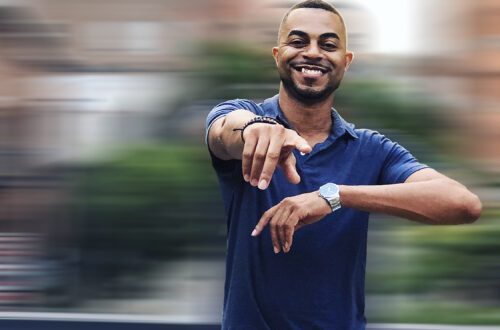 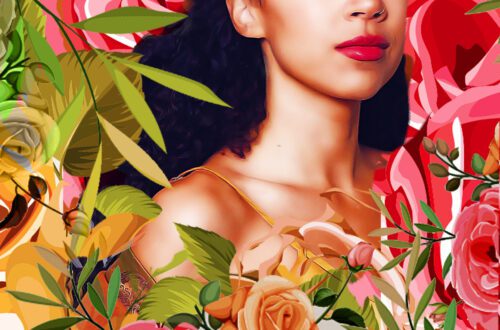 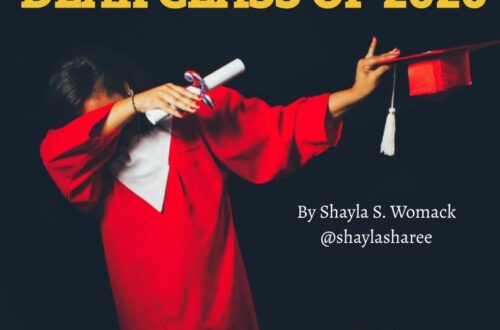